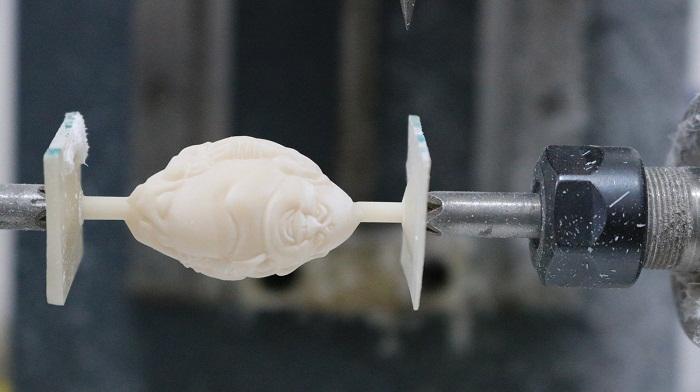 The Mini-X4 is small enough to fit directly into the box. In addition to a machine tool, the Mini-X4 has power cords, milling cutters, and blunt tools. It can be said that this set of equipment is sufficient for the craftsmen to make small crafts or proof the molds at home.
Unlike the concept of "addition", which is now a normal 3D printer, the Mini-X4 does "subtraction" - a complete piece of raw material is carved through different angles to form a refined product. This CNC machine tool requires a multi-dimensional engraving range. As a 4-axis engraving machine, the Mini-X4 has no concerns about the engraving angle: in addition to the traditional XYZ stereo engraving direction, it has an additional rotating engraving angle. In this way, we can avoid the need for instant Invert the material to produce unnecessary displacement errors.
As a CNC machine tool, it must have the ability to directly control the lathe cutting through the upper machine. The Mini-X4 supports importing CAD or CAM files from related drawing software for cutting.
Regardless of its small size, its performance is not enough. As a small four-axis engraving machine, the spindle performance of 100-12000 rpm is basically sufficient for designers who prefer the professional field. 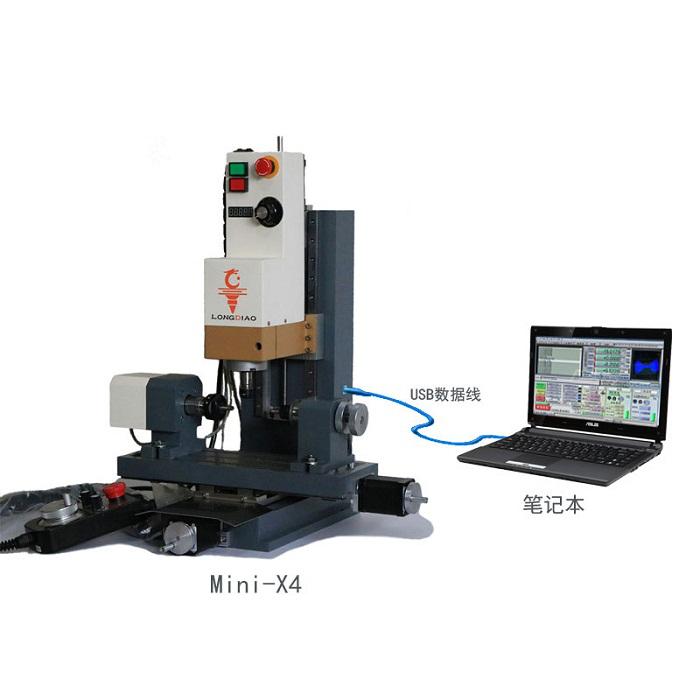