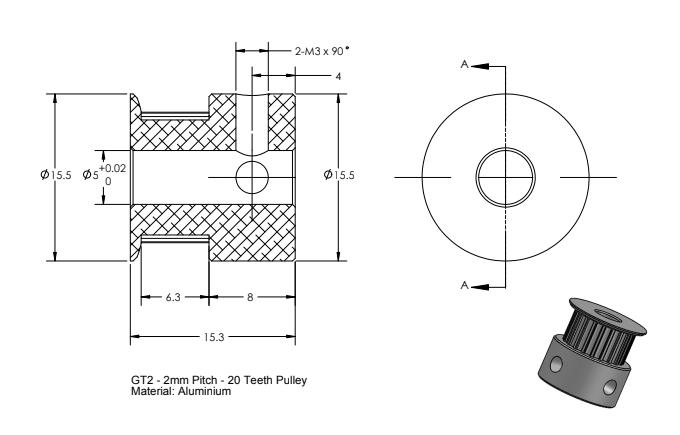 VORON2.4 Release on GitHub
https://github.com/VoronDesign/Voron-2/releases/tag/V2.4
Release Notes:
Release V2.4 of the VORON2 lineup of 3D printers. This release re-focused on simplicity and cost for VORON2 and has been redesigned from the ground up to be more streamlined, easier to the source, more fun to build, and generally a better machine to own. In short, what VORON used to stand for.
Notable features for this release:
Afterburner Toolhead System features minimal parts you actually swap and improved cooling of both the hot end and parts. Comes in both Direct Feed and Bowden configurations. We've incorporated all feedback received during the beta testing process and made it much easier to assemble.
Direct drive A and B motors allow for smoother belt paths and fewer parasitic losses. Also reduces noise and ringing, while improving machine reliability.
Z rails are now centered on the vertical extrusions, allowing the use of almost any 2020 T slot profile available.
SKR 1.3, along with TMC2209 and 24V bus voltage is now the standard configuration, allowing us to ditch the Astrosyn dampeners while retaining quiet operation. 24V also allows for reduced wire gauge in the chains without loss of efficiency.
Increased Y travel. There's now a full 10mm of over-travel on the Y axis, allowing one to use the Z nozzle probe without sacrificing build plate space. XY joints and Z idlers now use regular 20T toothed pulleys, reducing complexity and cost, while improving the reliability of the machine. Z idlers are also simplified and now use a single screw for belt tension adjustment. Z drives now accommodate any metal 80T pulley available on the market, including ones with flanges. Metal 80T improves accuracy overprinted 80T pulleys and allows for more consistent gantry leveling results. New front idlers are vastly simplified and also feature single screw belt tension adjustment. This allows users to get more consistent results when tensioning belts and, more importantly, while trying to match the belt tensions of a group of belts.
Part counts and variety have been reduced, and printed parts now require much less plastic.
Improved bed mounting using globally sourceable spacers in order to help eliminate bed distortion during the build process.
The front panel is now a set of doors, using magnetic latches and print-in-place hinges.
Screw-down panel clips from V2.1 return with a re-design and improved installation method. They are now almost as quick as the quick-release panel clips to install and remove.
Rear fan housing has been redesigned to help utilize more of the filter material. It now uses a 60mm fan for easier 24V sourcing.
The rear plug panel sees the return of the integrated non-filtered mains inlet, which is much cheaper and easier to the source. It also features dual Keystone terminal slots for easy port extendability (CAT6, USB, etc).
The Mini12864 LCD Module is now the standard LCD for the VORON family of printers. It's a lot more compact than the now-ancient RepRap Full Graphics Display and is a lot more responsive thanks to its use of SPI bus connection.
The electronics compartment layout has been improved to allow better cooling and easier component management. DIN3 (35mm) rails are the standard configuration now which brings with it much-improved installation and maintenance experience. Electronic compartment cooling is now provided by dual 60mm fans, significantly improving component cooling.
Work on this release began before Christmas of 2019 and the pace of development on it has been remarkable. I hope you enjoy building this machine as much as we enjoyed designing it.

RobotDigg is proud to work with Voron which is the most successful CoreXY 3D Printer in history.
The black anodized linear rail is Not the best but a wonderful choice between cost and performance. (HIWIN linear rails are recommended if quality preferred.)
Stepper motors not only for the Switchwire Extruder but also for the Galileo Extruder. 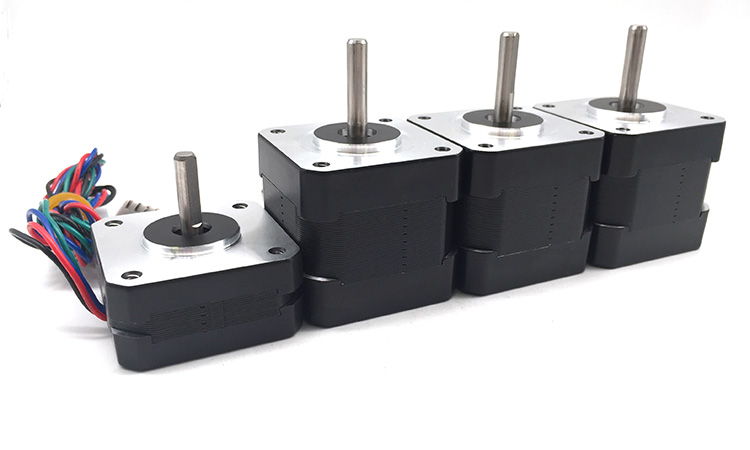